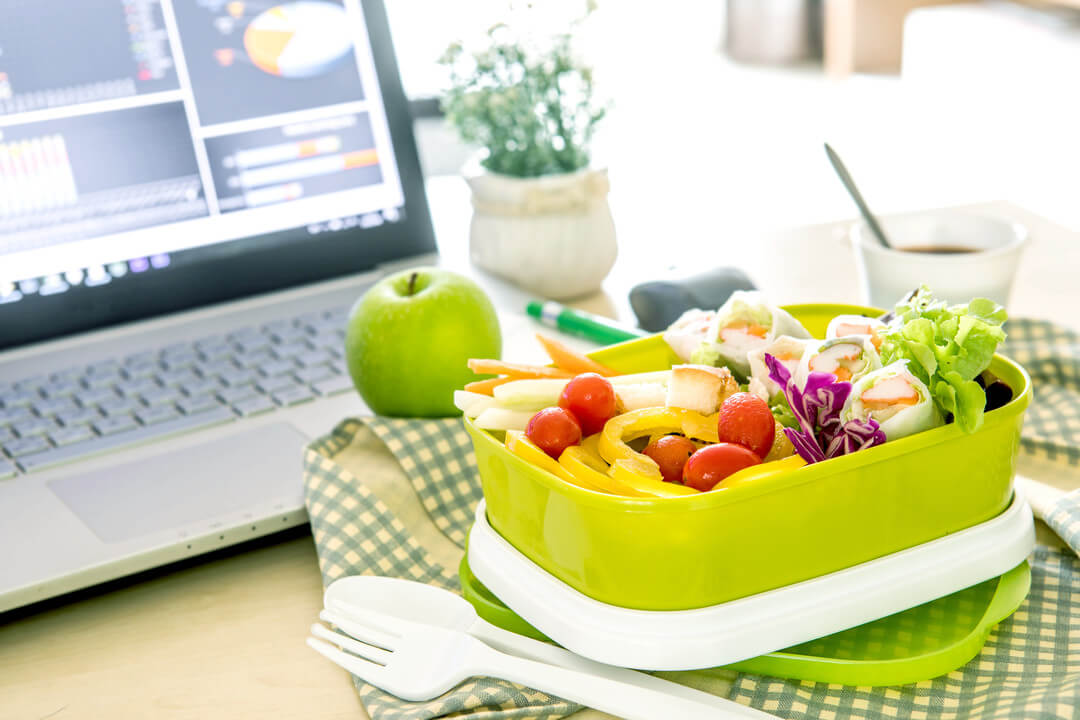 Several months ago, I made an announcement to my company in our Friday all-staff team meeting. I asked people to not eat lunch at their desk for the following week. Not only that, I presented them with what I called the MACLunch strategy. Instead of eating lunch in front of their computer, they had to do the following:

I knew this was going to be a challenge. At Inventium (the innovation consultancy I founded a decade ago), we have traditionally had an “eat lunch at your desk” culture, as many companies do. Culture is created from the top, and at this point in time, I was the poster child for my laptop being my lunch date. My typical lunchtime consisted of going to the fridge in our office, getting my lunch and setting up camp at my computer. I thought I was being “efficient.”

Almost two-thirds of Americans eat lunch at their desk, and this statistic is probably not that different in other locales where most people work in an office. It would be unusual to walk into any kind of office at lunchtime and not see people typing with one hand while holding a sandwich with their other.

While my team were intrigued at this new week-long policy, they were also nervous. I was asking for a significant change in behavior. But, as with everything we do at Inventium, we backed it up with science, as there is impressive research in this area. I shared with the team that it would reap some surprising benefits.

According to research published in the Journal of Occupational and Environmental Medicine, over an eight-week test period workers who got just 10 minutes of exercise during their lunch break three or four times per week said they felt more energetic and resilient in the afternoon.

Similar research led by John Trougakos, an associate professor in the management department at the University of Toronto, found that control over one’s lunch break was a significant factor in combating the afternoon blahs. As control over the activities one spent his or her lunch break doing increased, the impact of lunch break activities switched from increasing end of day fatigue to reducing it.

Finally, Professor Brian Wansink from Cornell University found that when people eat together (and even go so far as cook meals together), work performance gets better. And as an added bonus, people who ate lunch together were more likely to act in altruistic and helpful ways toward their coworkers.

Back at Inventium, I checked back in with my team at the end of the week.

Everyone managed to eat lunch away from their desk at least once, but it generally happened on only half their available lunchtimes. One member of the team managed to do it every day — or at the very least went for a walk at lunchtime — and said she felt so much better for it. She noticed that her energy was higher in the afternoon, even from taking only a short walk around the block.

Breaking the habit of eating lunch at your desk is hard. Try taking a series of small steps to change your habit, such as aiming to not eat lunch at your desk for just one week. Reflect on how that improves your work and energy. And hopefully, the change you see will motivate you to keep having a proper lunch break at work.

Dr Amantha Imber is the Founder of Inventium, Australia’s leading innovation consultancy and the host of How I Work, a podcast about the habits and rituals of the world’s most successful innovators.